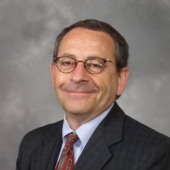 Dom Berta joined the Bauer College of Business, Department of FInance, in 2020; he is teaching "Upstream Project Economics", "Decision Analysis", "Planning and Budgeting", and an EMBA class on "Managerial Finance".

Prior to joining Bauer, Dom spent 40 years in the Oil and Gas Industry. His last position was Executive Vice President for Reliance Holding USA, a subsidiary of Reliance Industry ltd, India, where he was managing all aspects of the development of two massive shale gas fields in the Marcellus and the Eagleford areas, with investment up to $800 MM, and the drilling and completion of more than 100 wells a year.

Prior to that job, Dom was the Harsh Environment Technology manager for ConocoPhillips, a Houston based American multinational corporation engaged in hydrocarbon exploration and production. In that position, he led a team of experts tasked to come up with game-changing ideas to develop oil and gas fields in the Artic environment and co-authored 12 patents.

As part of the Joint-Venture between the Russian company Lukoil and ConocoPhillips, Dom worked for 4 years in the corporate office of Lukoil in Moscow, within the Lukoil Planning and Budgeting group, sharing and implementing best practices.

Based in Dubai, Dom was the finance director of Dubai Petroleum Company, a subsidiary of ConocoPhillips founded in 1963, operating four massive offshore fields with a production of 410,000 bpd at its peak.

Prior to Dubai, Dom was based in Damascus, Syria as the Business Development manager for ConocoPhillips Syria. In this role, he was part of a team who crafted an integrated upstream-midstream and downstream strategy to develop the oil and gas assets of the country.

As Conoco became an independent company from Dupont, Dom was promoted to the role of Strategy & Portfolio manager of the recently acquired Lobo gas asset, drilling more than 100 wells a year and with a gross production of 610,000 bepd in 1999. In this position, Dom led a team who developed a fully integrated software geared to managing the drilling and completion of a portfolio of around 2,000 wells, and generated a patent along the way.

Dom did post graduate work at the University of Texas at Austin, holds a master's in Fluid Dynamics from Ecole Centrale, France and attended an executive Finance program at Harvard.