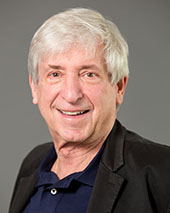 Born Pittsburgh, PA. Early life in Oakmont before attending Grove City College, Grove City, Pa. Graduated English Major in 1965. Air Force ran an information office that included the investigation and tracking of UFOs. Married Nancy Valoon Cook (Slippery Rock) in 1967 ("Clearly the most fortunate day of my life.") Offered and accepted a sales rep job with Scott Paper Company in 1967 (When asked "Where would you like to work?" replied, "Anywhere but Pittsburgh." (He was promptly assigned to Detroit.) Later a son Andy was born in Detroit.

Moved from Detroit to Flint, to Fort Wayne, Indiana, back to Detroit in a period of two years and eventually welcomed into marketing at Scott's Headquarters outside Philadelphia. A daughter Candice was born while in Philadelphia. Was promoted to "Promotions Development Manager" working with brands to balance their overall marketing strategies. "In essence we were all trying to figure out how to get the maximum benefit from three pots of money-Consumer Advertising, Trade Promotion and Consumer Promotion."

Worked in New Business Development on a fun project, Underoos, the kid's underwear that's fun to wear. It was a great opportunity to work with really smart people outside of the organization.

Promoted to National Training Manger and became an instructor in Xerox Professional Selling Skills/Coaching, KISS and the Scott Process System of Selling.

Promoted to Customer Development Manager and conducted various programs to foster better relationships with all major national accounts. Part of the process was to conduct a week-long Leadership Seminar in which various styles and effectiveness of leading were developed. We also brought in financial and political heavyweights from Wharton and Washington to speak on current trends and issues.

Went to Houston as District and later Regional Sales Manager for the South West. After five years in Houston, left Scott and formed a partnership with a past National Sales Manager for Unilever opening a food brokerage company. Starting with seven people, over two years grew to 55 became the fastest growing brokerage in the country, representing a host of major national consumer packaged goods brands.

In 1986 friends at the Safeway chain making an introduction to a guy who had made a presentation on a promotion using Postage Stamps and manufacturer's coupons. They started a company and figured out how to make the promotion work for consumers, retailers, manufacturers, brokers and the United States Postal Service. "We were successful in selling the promotion with retailers across the country and working with hundreds of CPG organizations in building joint executions." The promotion eventually succumbed to various forces of Sarbane Oxley, decline of U.S. Postage Stamps, expiration of patents and the consolidation of retailers, manufacturers and brokers. MarketFinders was created in 2006 to advise and participate in helping organizations take ideas and products into markets. Working with various organizations the effort was to help them in understanding their future, establishing strategies and plans and assisting in achieving results. Early on, worked with Texas A&M University in developing strategies and "future" work for their Office of Technology Commercialization.

In 2007 I began doing mentoring work at the University of Houston. In 2009 I became Director of Mentoring Programs for the Wolff Center for Entrepreneurship and continued my consulting work in helping take ideas to market. In 2017 I was named Director of WCE and continued collaborative work with strategic partners in developing programs, experiences and simulations to educate, train and inspire student entrepreneurs to grow both professionally and personally. In the past ten years WCE has been highly ranked by The Princeton Review and Entrepreneurship Magazine as one of the top entrepreneurship programs in the nation. (Three times as #1, four times #2 and twice as #3…current ranking #2 undergraduate program.) Dave's satisfaction over this ten-year span is in three broad areas. First entrepreneurial students have started over 500 businesses. Second, last year 358 men and women came to volunteer as a mentor, a coach, a teacher or other supporter of the Wolff Center. The greatest satisfaction is the ability to be part of a program that changes the trajectory of student's business careers and their personal lives.