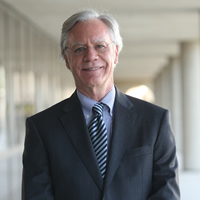 Professor Brown's research interests focus on identifying ways of building and sustaining competitive advantage through effective sales and service organizations. His research has investigated how organizational climate and managerial leadership motivate and facilitate the efforts of front-line sales and service personnel, and how these, in turn, impact customer satisfaction and organizational performance. Other research interests include customer-perceived service quality and satisfaction, buyer-seller relationships, consumer information processing and decision making, and methods of meta-analysis. His research has been published in leading marketing and psychology journals, such as the Journal of Marketing, Journal of Marketing Research, Journal of Consumer Research, Psychological Bulletin, Journal of Applied Psychology, and Journal of the Academy of Marketing Science, among others.