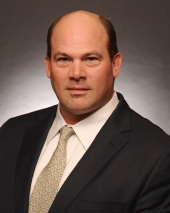 Bill Bobbora brings over 20 years of corporate finance, business start-up, and mentoring experience to the Wolff Center. Bill has built a career in corporate finance working with teams to build out successful corporate banking platforms, currently as a Senior Vice President with Cadence Bank, and most recently as part of a team that turned around and built Regions Bank's Metro Texas corporate bank. Prior to Regions, he was part of the successful build out of Wachovia's Houston corporate group, and he co-founded KeyBanc Capital Markets Houston office. Bill began his banking career with a predecessor to JPMorgan, serving in a number of roles, helping to build various new business lines.

Bobbora left corporate finance for several years to build a private company where he served as Managing Member and President, building the company to over $55 million in revenues with over 120 employees. Bill has advised, or invested with, a number of entrepreneurs on business start-ups and turnaround opportunities.

Bill and his wife Jenee have one daughter. In addition to his involvement with the Wolff Center, both are active in activities that support The M.D. Anderson Cancer Center, and Houston's Theater Under the Stars. Bill is also an advocate for the Inflammatory Breast Cancer Foundation, a co-founder of uwantgame, a New York City based mentoring and leadership development organization. He is a former director of the Turnaround Management Association and he is active with the Association of Corporate Growth.