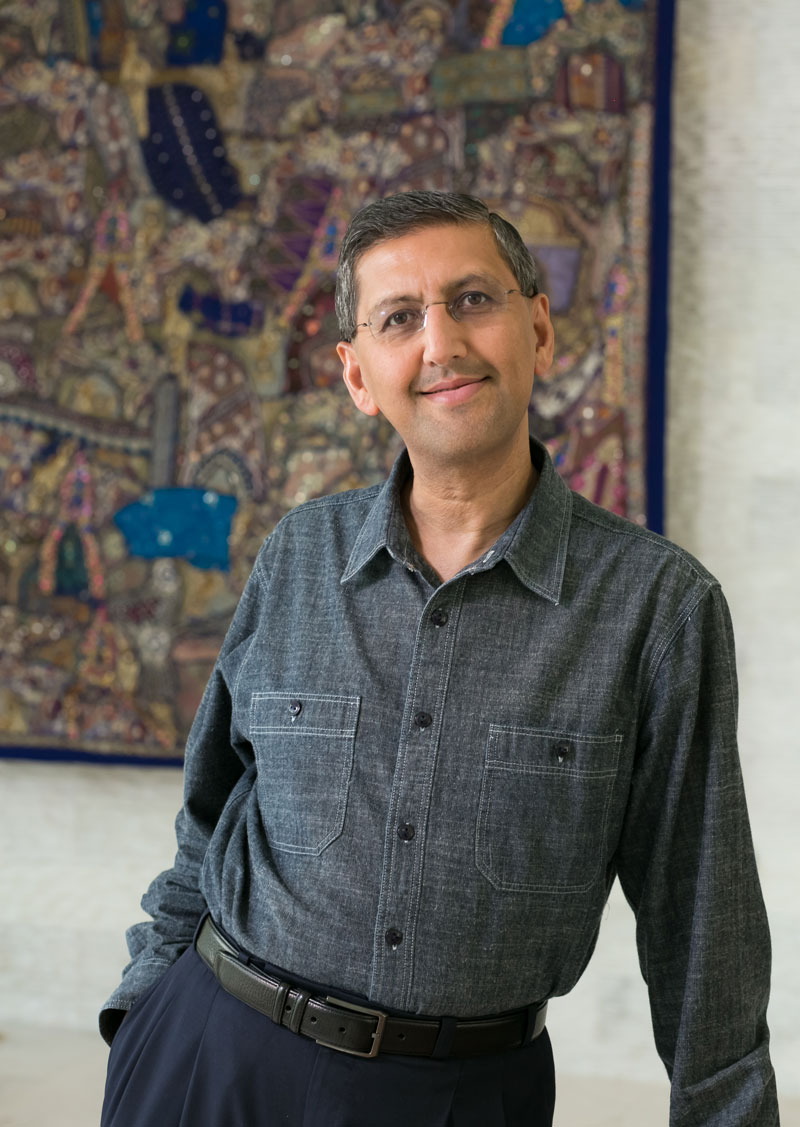 Through the Mehta Family Foundation, Rahul Mehta provides scholarship support for 10 international Bauer College students each year, inviting all recipients to his home for an annual dinner to better get to know them.

Rahul Mehta is no stranger to success.

In the three decades since Mehta graduated with a computer science degree from the University of Houston, he has started and sold many technology companies. He ran his first company, Software Interfaces, for 10 years before it was eventually acquired in 1995. He then launched the Mehta Family Foundation with worldwide charitable efforts, including funding scholarships for Bauer College students.

But, when you ask Mehta about his definition of success, he won't mention any of those accomplishments.

"People define success in so many different ways," he explained. "In my mind, if you have to define success, it depends a lot on relationships." And, one of the markers of that definition of success, Mehta said, is his ongoing friendship with Bauer College professors, Ed Blair and Richard Scamell.

As a computer science major, Mehta made his way to the business school in order to complete the two required business electives at the time. Mehta took a management course with Bauer professor Skip Szilagyi in his first semester during the spring semester of 1980.

He also took a class in database management with Scamell.

"I was blown away by Dr. Scamell," Mehta said. "What impressed me from day one about Dr. Scamell was how he had included his home phone number in the syllabus. Also impressive was his passion for his subject and desire to pass his knowledge to the next generation, which underscores his focus on the students."

"To see the students become successful people — there's a lot of joy in that."

That passion directly fueled Mehta's interest in databases. At the time, he was also working on campus at the computing center, a place that Mehta said "started my love for computers, and I never looked back."

In his work at the computing center, he recognized a recurring problem that needed a solution — students needed to connect database information from Oracle to the statistical analysis tool SAS. Mehta had an idea of building an interface that would help users work between the two systems, and he shared his plan with Scamell.

At the professor's suggestion, Mehta presented a paper on the topic at the first International Oracle Users' Conference. "Dr. Scamell helped me immensely," Mehta said. "We spent hours working on it, and Dr. Scamell would walk me through the outline and make me repeat it again and again."

The idea was enthusiastically received at the conference, and it was clear that Mehta had identified a critical business need. The idea would eventually serve as the basis of Mehta's first company.

Along the way, Mehta said, his interactions with Scamell evolved from a teacher-student relationship to one simply of friendship. And, with the addition of Blair, the three formed a special bond over a shared love of baseball and UH.

Of course, for Mehta, the scholarship was not just about providing money, but also mentorship. He invites all of the scholarship recipients to his home for an annual dinner in an effort to get to know them. He describes his approach to the scholarship as one inspired by Scamell's work with his students. "I know if I put in more effort with my international students, I will probably get more fruits out of it," Mehta said.

"To see the students become successful people," Mehta said, "there's a lot of joy in that."

This story originally appeared in Volume 3, Number 2 of Inside Bauer magazine.