D. Lynn Houston (’68) and his son, Matthew (’ 02), are all fired up about giving back to the University of Houston. Both have been major players with Cougar Cookers, a team that competes in the Houston Livestock Show and Rodeo’s annual cook-off and donates scholarships to UH students.

The next time you take in the Houston Livestock Show and Rodeo’s opening weekend cook-off, get a whiff of sweet barbecue smoke in your nostrils, look up at the University of Houston flag soaring in the sky and tip your Stetson to the Cougar Cookers.

And if you’re a Bauer College family member, be sure to say howdy to D. Lynn and Matthew Houston (’68 and ’02, respectively). The father and son have been fanning the Cougar Cooker flames to raise money for UH scholarships for a combined total of almost four decades.

“I was around when Cougar Cookers was founded (in 1990) and volunteered shortly thereafter,” says Lynn, who chaired the group from 2008-2014 and continues as chair of the Corporate Underwriters Committee. Matthew, for his part, has been involved since his days as a Bauer College undergrad.

The Cougar Cookers are among 250 teams who participate in the three-day barbecue cook-off that opens the Houston Livestock Show and Rodeo (HLS&R) every year at NRG Stadium. While the UH barbecue brigade takes pride in the competition, its main focus is to feed the throngs of ravenous Coogs who show up for plates of brisket, ribs, chicken and sausage.

But the Cougar Cookers don’t just blow smoke. Each year, the group awards four $3,000 scholarships to UH students. The barbecue brigade also contributes to Cougar Pride and other UH causes.

"IF THERE WAS ANYBODY MORE PROUD OF BAUER, I DON’T KNOW WHO IT WOULD BE."

Education is a big part of the HLS&R, which was founded in 1932. Since 1957, the rodeo has awarded more than 15,500 scholarships to Texas college students. UH students receive nearly $200,000 in scholarship money from the rodeo each year. The Cougar Cookers participate in the cook-off as a way of showing UH’s appreciation for the rodeo’s support.

The weekend before the rodeo begins, a team of about 15 cooks spends 72 hours prepping the meat. Then they cook around the clock from Tuesday through Saturday.

The group started out with two tents and has now maxed out at four. Today it has from 45 to 50 volunteers and more than 125 sponsors.

“We have been told a number of times that we serve the best plate of barbecue out there,” Lynn says. Besides the meats, the Cougar Cookers offer sides of beans, corn, potato salad — plus nachos and desserts.

When Lynn and Matthew aren’t donating their time and energy to UH and other organizations, they run the Houston branch of Wunderlich Securities, where Lynn is managing director and Matthew is senior vice president. 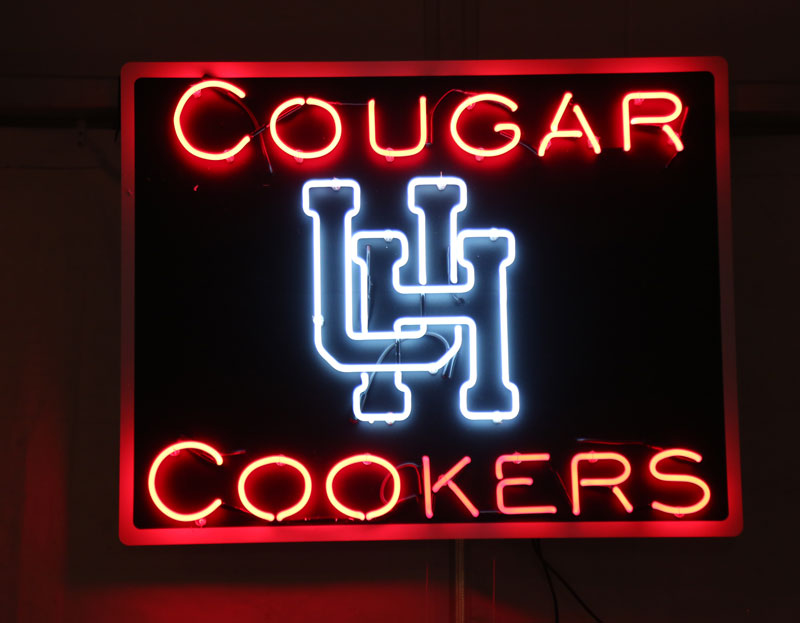 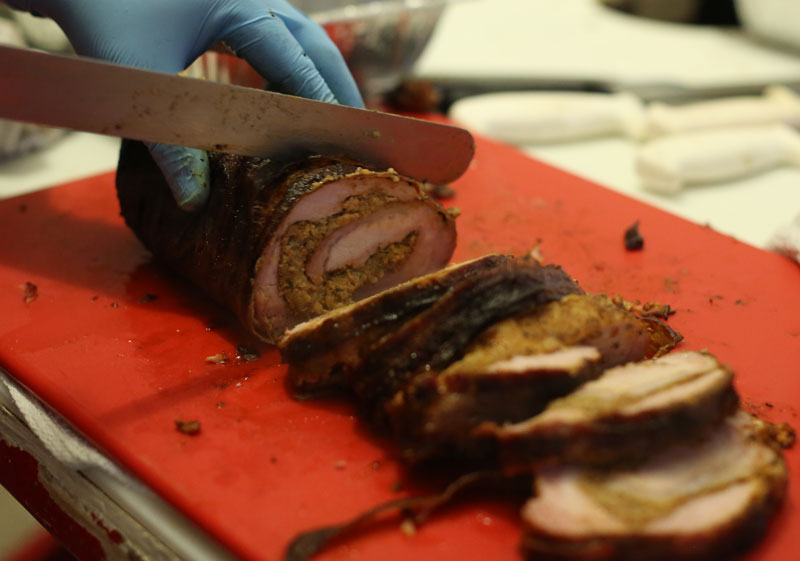 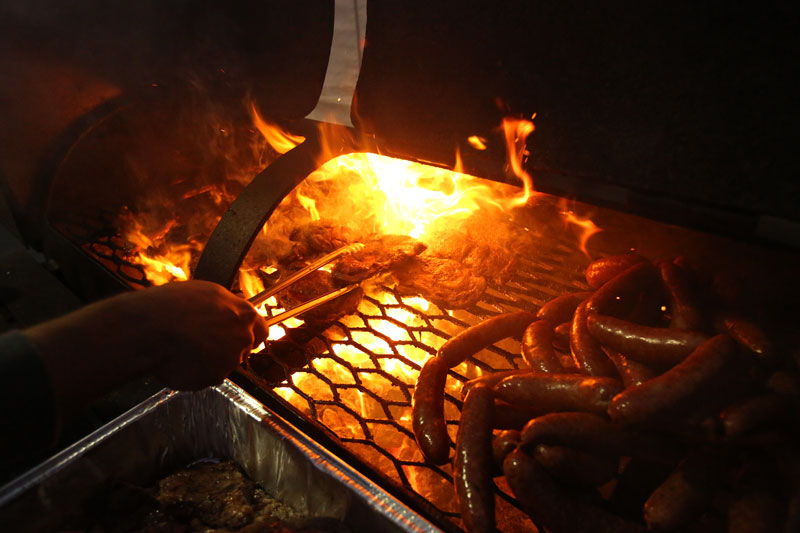 Matthew, who majored in finance at Bauer, is active in the college’s alumni association. He served as president from 2008-2009 and served on the organization’s board of directors for nine years. He is currently the president of the Houston Cougar Foundation, an endowment supporting athletics at UH, that has distributed over $1.2 million to the university in the past 10 years and was an integral part in building the new Golf Training Facility at the Golf Club of Houston.

Lynn began his college education at Texas Tech, where he studied architecture.

After changing his mind about his major, he ended up at the University of Houston.

Working part-time with a downtown brokerage firm, he discovered a passion for business and earned a degree in accounting with a minor in finance from the business school. He’s been in the brokerage business since 1969 and credits much of his success to Bauer College. “If there was anybody more proud of Bauer, I don’t know who it would be.”

The feeling is mutual.

As a gesture of appreciation for the Houston family’s service, the college treated them to a special barbecue dinner at Killeen’s Barbecue in Pearland. The November event was part of Texas Monthly magazine’s Behind the Pit series, which the college co-sponsors.

“We were blown away at how good it was,” said Lynn.

Now that’s big praise from a man who knows his ’cue.