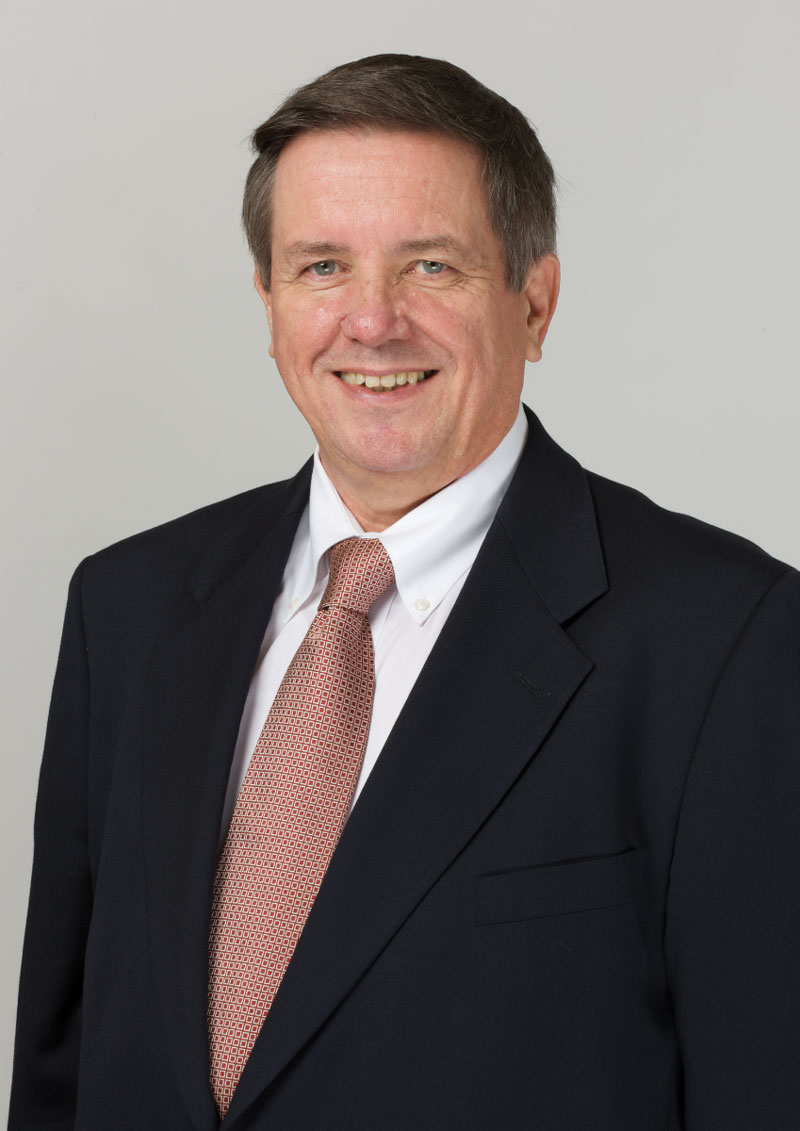 After accounting lecturer J. David Ahola passed away suddenly in March 2014, his family created the J. David Ahola Scholarship in his honor at Bauer College.

J. David Ahola grew up accustomed to hard work. His family came to North America from Finland, settling in Northern Ontario where Ahola was born.

He took his first job as a young man before pursuing higher education and a 30-plus-year career in accounting. He shared his knowledge and passion with students at Bauer College as a lecturer in the Department of Accountancy & Taxation beginning in 2007.

When Ahola passed away suddenly last spring, his family knew his legacy would best be honored by helping others.

“My dad was one of the nicest people you’d ever meet. Everybody depended on him for a lot of things,” said Anne Ward, Ahola’s daughter. “He was kind, very patient. He cared a lot about his family and a lot about his students. He thought about them all the time. He was thoughtful about everyone in his life.”

His family is working to create the J. David Ahola Scholarship, which will award $1,000 each year to a student with financial need who is pursuing a BBA in accounting and a Certificate of Internal Audit. The scholarship is scheduled to be funded by July 31, 2019.

“He cared about students from every background. He didn’t care where they were from; he wanted them to learn and have a passion for audit,” Ward added. “He was so driven to help the world fight the bad guys. He really was all about helping every student and wanting them to succeed.”

In that same spirit, Ahola’s family wanted to continue their father’s passion to help students with the scholarship.

“It was important to us because of how much he loved his students and the faculty at Bauer,” Ward said. “He truly loved teaching and sharing his stories about what he did professionally. He did a lot of case studies in his class, and it meant so much to him working there.”

In his role at Bauer, Ahola helped to develop internal audit programming and brought his industry perspective to the classroom. But even more importantly, according to his colleagues, he brought genuine passion and positivity to the halls of the department and college.

"HE WAS SO DRIVEN TO HELP THE WORLD."

“David was one of the most positive people I knew,” Accounting Programs Director and Clinical Professor Michael Newman said. “He never had an unkind word about anyone and even when things were bad, he had a happy thought for everyone. He was truly inspirational.”

In and outside of the workplace, Ahola led by example, Newman added.

“David was a very empathetic person. He never let sympathy cloud his judgment, but he always tried to understand the other person’s perspective so he could better help them be successful,” he said. “David believed we are all capable of greatness and went about helping us achieve in a humble, caring way.”

At home, those lessons made an impact on his children in their personal and professional lives.

“He taught me to walk into any situation with a critical eye,” Ward said. “He taught me a lot about how to read people and how to judge character, and and he taught me so many great lessons. When I was a kid he showed me that I should always have compassion for others, but that being a good friend doesn’t mean making other people’s problems into my own.”

“I learned from my dad the importance of integrity and ethics — in school, in the professional world and personally,” he said.

With the scholarship in their father’s name, Ward said, the family hopes to continue to pass along his legacy of kindness and service to a generation of students who won’t have the benefit of sitting in his class.

“My hope is that it is able to give a chance to a student who otherwise would have trouble paying for school,” she said. “We want it to last a lifetime so that we’re able to support promising students who have specialty in enterprise risk and will keep his work alive.”