The Gift That Keeps on Giving

Uplift Those Who Have Lifted You, UH Alumni Couple Says 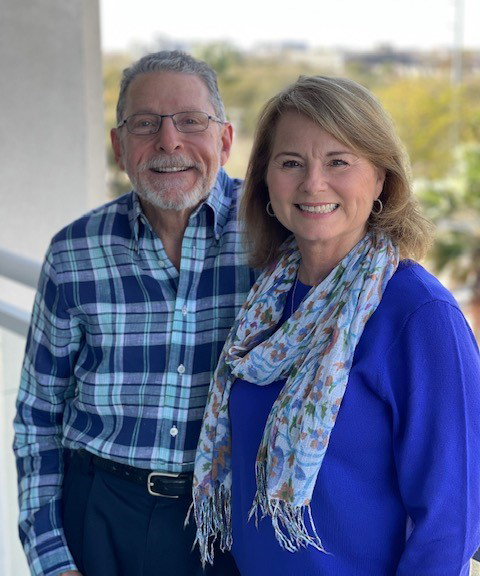 UH alumni Robert (BBA ‘69) and Jennifer (M.Ed. ‘94, Ed.D. ‘03) Reichek have given back to their alma mater, both financially and through mentorship and service.

We think it's very important that these students succeed and show others through example what an education from UH can mean.

Uplifting those who have lifted you seems to be a guiding principle for University of Houston alumni couple Robert (BBA ’69) and Jennifer (M.Ed. ‘94, Ed.D. ‘03) Reichek.

Jennifer graduated from the University of Houston College of Education with a Masters and a Doctorate degree in Administration & Supervision. She recently completed a Women, Gender, and Sexuality Studies at George Washington University. After 29 years of working in public schools as a teacher, adjunct professor and an elementary and middle school principal, she is now Executive Director of the National Council of Jewish Women, Greater Houston Section.

“I think one theme that runs through our family is to give something back to organizations that have given some type of service or assistance to us,” Robert Reichek said.

And give back they have. Not only in time and service, but by giving financial gifts to the College of Liberal Arts and Social Sciences (CLASS) and the Bauer College’s Bauer Excellence Scholarship Program.

Robert Reichek said, “My favorite professor was Dr. James Pipkin. Some years after taking his class, I decided to change occupations and become an English teacher for Houston Independent School District (HISD). I was hoping to emulate the style Dr. Pipkin had shown me. The problem was that he made this look so easy. I went back to my original career, construction, a little bruised, but not beaten.”

It was years later that Robert reached out to Pipkin to create a gift in his name for the UH Department of English.

“After consulting with him, I told him I wanted the project to be in honor of him, as I did not know how else to thank him for all the wonderful and thought provoking classes I had with him,” he said.

Robert also reconnected with the university’s business school after graduation and saw potential to engage by helping a new generation of students.

“I graduated from the business college, long before Mr. Bauer was involved. I wanted to see if there was something special I could help them accomplish at that school,” he said. “Jennifer and I made an appointment to find out where our funds might make a difference. The dean told me that so many of their students were the first members of their family to go to college, and some of them really needed a variety of help.”

He added: “I cannot imagine how difficult this change could be to some of these new students. This is what and why we decided to channel our funds into this area. We think it's very important that these students succeed and show others through example what an education from UH can mean.”

Now that their gifts are taking effect, the Reicheks can see the importance of giving to those who have helped them.

“It’s important for me to give back because I want every person to have the opportunity to accomplish their dreams,” Jennifer said. “Often, it’s the barriers that block getting the necessary education that prevents this from happening. If I can break those barriers down in any way, I want to do that.”

Robert added: “We have both relied on our education to get us to this point in our lives. We want to help as many students as we can to get the same opportunity as we had. Nothing would please us more than to have some students say that a special program, maybe one we were involved in, really helped them when they were a student at UH.”