UH’s Wolff Center for Entrepreneurship Ranked No. 1 in the Nation 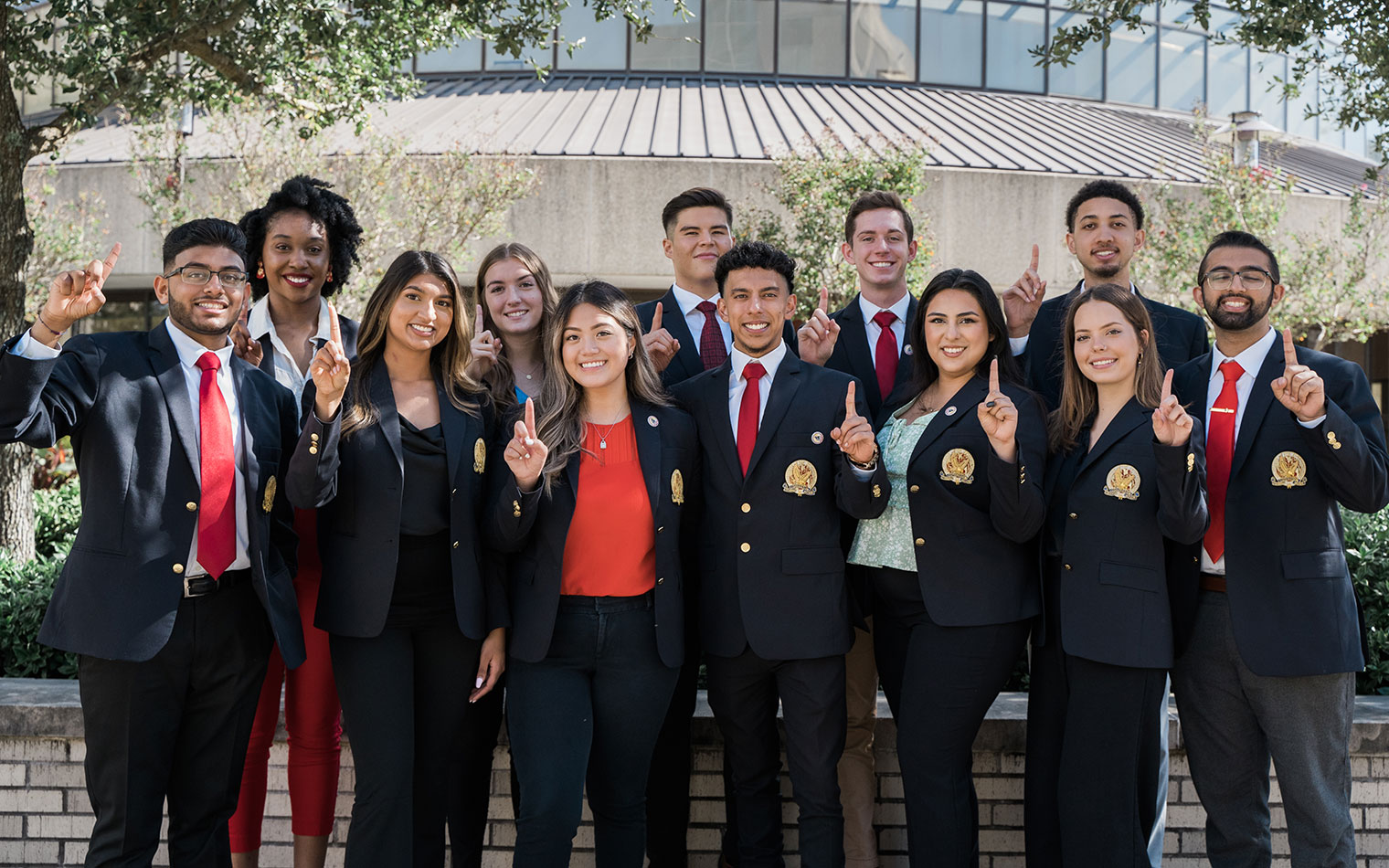 The Cyvia and Melvyn Wolff Center for Entrepreneurship in the C. T. Bauer College of Business at the University of Houston has been named the No. 1 undergraduate entrepreneurship program in the United States for the third consecutive year.

The program has ranked No. 1 in the annual list compiled by The Princeton Review and published in Entrepreneur magazine a total of six times, and it has ranked in the Top 10 since 2007. This is the first time the program is ranked No. 1 three years in a row.

“The Wolff Center is the No. 1 program in the nation because it changes students’ lives, and that is what makes the honor so special,” said Paula Myrick Short, UH senior vice president for academic affairs and provost. “There is no other program in the nation that creates such an immersive and experiential environment where students learn from world-renowned faculty and mentors in an entrepreneurial city primed to launch the next generation of companies.”

Dean and Cullen Distinguished Chair Professor Paul A. Pavlou congratulated the Wolff Center, its staff, faculty, mentors and students for upholding standards of excellence that exemplify the commitment of the C. T. Bauer College of Business to serving and transforming a rapidly changing business world.

“As a forward-looking business school with ‘The Future is Our Business’ as a mandate, entrepreneurship is one of the disciplines that can really carry us forward,” Pavlou said. “This consecutive Number 1 national ranking is a recognition that the Bauer College is the predominant force in entrepreneurship education. We need more entrepreneurial spirit in all of our students, and the Wolff Center is critical for instilling in them the ability to be innovative and creative as they enter a business world in transition and facing an unprecedented future.”

The Wolff Center competitive cohort program currently accepts between 30 and 40 students each year, but far more students participate in entrepreneurship classes. Notably, more than 1,400 businesses have been started over the past decade by Wolff Center students, with $399 million in identified funding. Moreover, more than 3,000 UH students from 91 different majors took at least one entrepreneurship course last year.

Those numbers have steadily increased over the years, and more students than ever before will soon have an opportunity to participate in Wolff Center programs. Expanded offerings will include a new master’s degree in Entrepreneurship to be launched in Spring 2022, and a new non-cohort undergraduate major in Entrepreneurship that will be offered for the first time in Fall 2022.

The current cohort program, launched in 1991, was named for Houston philanthropists Cyvia and Melvyn Wolff in 2007. Students must complete a rigorous application process before being assigned an experienced mentor from the Houston innovation ecosystem. The mentors agree to share lessons learned from their own entrepreneurial journeys, acting as sounding boards for students navigating immersive experiential projects.

“Why does the Wolff Center have the best mentoring program in the nation? Simply because we are in the City of Houston. We are in an entrepreneurial city with thousands of entrepreneurs and small business owners who have decided to make a difference in the lives of students,” he said.

The experiential nature of the program is also key, Cook said.

“Entrepreneurship at the University of Houston enables students to not just study the subject but to become entrepreneurs,” he added. “The education is driven by world-class instructors, talented mentors and passionate classmates who intend to make a difference in the world.”

Wolff Center students reflect the city’s diverse population, invigorating Houston’s vital business sector with their fresh outlooks and ideas and expanding the city’s ever-evolving economic footprint. While many have a passion for creating small businesses, others find ways to inject an entrepreneurial mindset into positions they secure in large established companies.

“Our students know how to be innovative, whether they are launching new ventures, introducing new products, starting new processes, or even developing new ways of doing things in longstanding companies,” Pavlou said.

Based on a survey the education services company conducted in summer 2021 of nearly 300 schools with entrepreneurship offerings, The Princeton Review’s ranking tallies considered more than 40 data points about the schools.

"Since the mid-2000s when we first reported these ranking lists, student interest in entrepreneurship has grown dramatically, as has the commitment to entrepreneurship studies within higher education,” said Rob Franek, The Princeton Review's editor in chief. “Equally impressive have been the extraordinary contributions of the business community to these programs. We heartily recommend the fine schools that made our entrepreneurship studies ranking lists this year. Their faculties are outstanding. Their programs have robust experiential components, and their students receive awesome mentoring and networking support that will serve them for years to come.” Entrepreneur published a feature on the regional lists of top schools for entrepreneurship studies in its December 2021 issue.