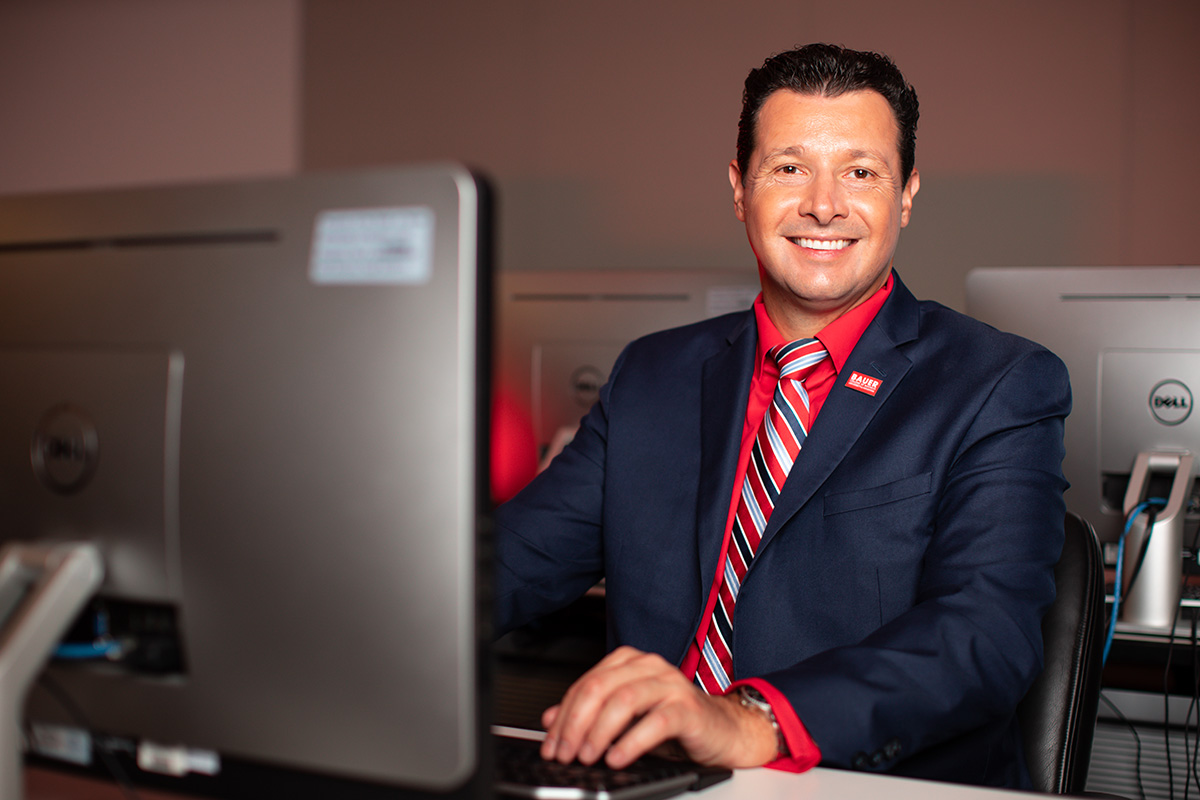 Bauer College Dean and Cullen Distinguished Chair Professor Paul A. Pavlou's research sheds light on disparity of those who do and do not have technology access.

There are fewer and fewer face-to-face interviews and many office jobs now involve telecommuting. Our results are likely to become more pronounced, and the digital divide will only become even sharper, because of the importance of having access to computers and the internet, and possessing IT skills.”

There are virtually no areas of life the pandemic has not touched, and the digital divide has emerged as a particularly acute problem for traditionally socially disadvantaged groups, such as women, minorities, and the elderly. Recently published research from Bauer College Dean and Cullen Distinguished Chair Professor Paul A. Pavlou sheds light on that disparity and prescribes practical public policy initiatives that could help bridge the chasm between those who have access to technology and those who do not.

“Unemployment and low wages remain pressing societal challenges in the wake of increased automation, more so for traditionally disadvantaged groups in the labor market, such as women, minorities and the elderly,” the researchers write in the paper. “However, workers who possess relevant IT skills might have an edge in an increasingly digital economy.”

Pavlou, a prominent researcher and expert on data analytics and digital business strategy, co-authored the study published by Information Systems Research with Hilal Atasoy, Rutgers University, and Rajiv Banker, Temple University. Their findings show that workers with basic IT skills, such as the ability to use email, copy and paste files and work with an Excel spreadsheet, are more likely to be in the labor force and employed, interestingly, predominantly in jobs that are not explicitly tied to those IT skills.

Because most employers do not provide such training for basic IT skills, it is incumbent on public policymakers to provide appropriate resources to those workers most affected, Pavlou said.

“Workers are expected to obtain these IT skills themselves, in order to get a job in the first place. And the less-privileged population they are, the harder time they have obtaining these IT skills that require computer equipment and Internet access at home.”

The researchers analyzed comprehensive labor market data collected by the Turkish government from 2007 to 2015 that encompasses the country’s entire population. Previous research had focused heavily on IT professionals working in organizations. Women and older adults, who traditionally have a higher preference for flexible work options, are acutely in need of computer equipment and basic IT skills to access entry-level jobs, Pavlou said.

Simply having a computer in the household can actually help people obtain competency on their own.

“Even a basic provision of computers, providing subsidies for computers, such as making them tax-free, can be instrumental in making it as easy as possible for households to have a computer at home, which helps the children and the entire household to obtain IT skills,” he said. “Coupled with some training that is needed, they can actually obtain those IT skills and become more competitive in the workforce.”

Not surprisingly, the researchers also found that workers with more advanced IT skills earn higher wages, providing a way forward that can lead to economic parity and empowerment.

While the statistics gathered predate the global pandemic and reflect a developing country, COVID-19 has only exacerbated the impact of the problem worldwide, Pavlou said.

“There are fewer and fewer face-to-face interviews and many office jobs now involve telecommuting. Our results are likely to become more pronounced and the digital divide will only become even sharper, because of the importance of having access to computers and the internet and possessing IT skills.”